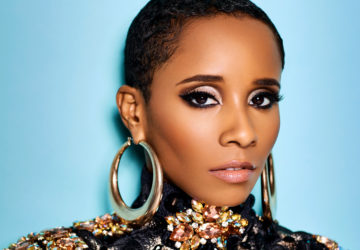 An accomplished singer and songwriter, a Soul Train Award R&B Songstress and a Billboard Award-winning group from Maryland headlined the Chicago Westside Music Festival (“WSMF”).
Presented by the Westside Cultural Foundation, the annual summer festival featured Lil’ Mo, Vivian Green and Dru Hill. Hosted by WGCI’s very own Leon Rogers, alll of the festival events are free and open to the public. The annual summer festival took place from 11 a.m. to 9 p.m. in Douglas Park, 1401 S. Sacramento Drive (at the corner of Ogden and Sacramento), in Chicago, Illinois.

The day began at 11 a.m. with the End of Summer Celebration, sponsored by the 24th Ward Alderman, Michael Scott, Jr, aligned with kids and seniors, along with school supply and backpack giveaways.

The Westside Cultural Foundation was founded in 2012 to establish the West Side as a destination for cultural and educational programming. Inspired by the late Chicago official, Michael Scott, Sr., WSMF is intended to shine light on the positive contributions, culture, and people of Chicago’s West Side. WSMF is coined as one of the best End of the Summer celebrations in the City of Chicago.

The festival continues to build upon a stellar legacy of talent. Past headliners of the festival include music legends such as Kelly Price, Slick Rick, MC Lyte, Bell Biv DeVoe, Musiq Soulchild, Syleena Johnson, Brownstone and 112.

Lil’ Mo is an accomplished singer, songwriter, vocal producer and radio personality. She entered the music industry as a protégé of label mate Missy Elliott. Lil’ Mo’s breakout single, off the “Why Do Fools Fall in Love” soundtrack entitled “5 Minutes” was a great introduction of her tutelage with Missy. She would appear on more tracks with Missy on her 1999 album “Da Real World.” The “Hot Boys” remix single featuring Nas and Eve, sat at the top of the charts for over 16 weeks. In 2001, her first commercial released album “Based on a True Story,” was a major urban success. The first single, “Superwoman” featuring Fabolous, was a hit. She has performed and written for many artists, including BlackStreet, Janet Jackson, Next, Bow Wow, Angie Martinez, Keith Sweat, Jaheim, Tyrese, Changing Faces, 3LW and Nicole Wray.

Adult contemporary R&B vocalist Vivian Green grew up in Philadelphia, Pennsylvania, where she started singing at an early age. She began playing the piano at age eight and writing songs when she was 11. At 13, she joined a girl group called Younique. She spent her teens writing, sending out demos, and singing wherever she could. Her break came when she was hired as a backup singer for Jill Scott, who took her on tour internationally. That connection eventually led to record company interest, and she signed to Columbia in November 2001. In 2002, she released her debut album, “A Love Story,” which featured the hit single “Emotional Rollercoaster.” In May 2005, Vivian reached number 18 on the Billboard chart.

High-school friends Larry “Jazz” Anthony, Mark “Sisqó” Andrews, Tamir “Nokio” Ruffin, and James “Woody Rock” Green formed Dru Hill in 1992, named in honor of their Baltimore neighborhood, Druid Hill Park. The vocalists performed at the music industry convention Impact ’96 and were signed by Island not long after. By late 1996, Dru Hill had released their self-titled debut album, produced by Keith Sweat, Stanley Brown, and Tim “Dawg” Patterson. The single “Tell Me” became a Top Five R&B hit and later went gold. “Enter the Dru” followed in 1998, peaking at number two on the Billboard album chart. In total, they have recorded seven Top 40 hits, including the No. 1’s “In My Bed,” “Never Make a Promise” and “How Deep Is Your Love.”The dynamic quartet is celebrating its 20th anniversary!

About The Chicago Westside Music Festival

The Chicago Westside Music Festival is a FREE annual concert that establishes the West Side as a destination for music and summer festival fun, drawing audiences from both local and citywide communities. Now in it’s 6th year, the festival has become a go to summer destination, frequented by nearly 35,000 music fans. For more information about sponsors and partners please visit www.chicagowestsidemusicfestival.com

About The Westside Cultural Foundation

The Westside Cultural Foundation, an Illinois not-for-profit 501(c)(3) corporation, was established in 2012 in an effort to create cultural and educational outlets for the youth, adults and seniors of the West Side of Chicago (specifically Lawndale, Austin & Garfield Park) and to support the Chicago Westside Music Festival

About The Chicago Park District and Night Out in the Parks

The Chicago Park District is one of the largest, most interactive municipal park systems in the nation. With more than 8,100 acres of parkland, 580 parks, 24 beaches, 11 museums, two world-class conservatories, 16 historic lagoons, 10 bird and wildlife gardens and thousands of special events, sports, recreational and entertainment programs.

Presented by Mayor Rahm Emanuel, Night Out in the Parks provides world-class performances in Chicago’s neighborhood parks throughout the year. What started as a summer arts and cultural series in 2013, is now expanding to cover the rest of the year. Arts programming in neighborhoods across the city advances the goals of the Chicago Park District and the Chicago Cultural Plan. In its third year, the 2015 Night Out in the Parks series brought more than 1,000 events and programs to neighborhood parks throughout the city, making community parks safe havens and hubs of activity. The Chicago Park District has partnered with arts and community organizations, such as the Westside Cultural Foundation, to expand and produce this successful initiative. For more information, please visit www.chicagoparkdistrict.com or contact the Chicago Park District at (312) 742-PLAY or (312) 747-2001 (TTY). 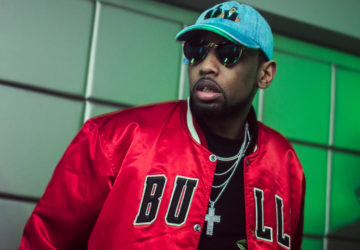 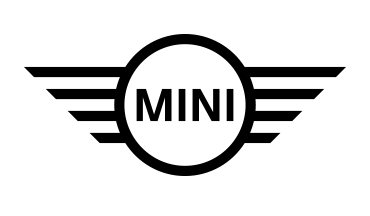